Distinguished 25 personalities and entities of the city

The mayor of Barcelona, Ada Colau, presided last November 30th the delivery of the 25 Medal of Honor of Barcelona to the personalities and entities that have stood out for their contribution to the development of citizen awareness, virtues and civic values . In total, 25 medals, 15 medals were given to entities of the city and 10 people, all chosen by the districts and by the plenary of the Municipal Council.

In Nou Barris, the winners have been Vozes Project, of the Associació Músics per la Pau i la Integració and the Indomable Cultural Association. The first, in recognition of their undeniable task of promoting the integration of children and young people through musical education in the district of Nou Barris. The second, due to its outstanding trajectory in favor of the improvement of the quality of life of the collective of people with intellectual disabilities in the district.

During his speech, the mayor pointed out that with this act, the city demonstrates its recognition towards the worth of its people and their entities, “people who have stood out for their work in favor of human rights, the social cohesion, equal opportunities, coexistence, people from the world of culture, science, education. And above all, a vocation for service to our fellow citizens. ”

Colau pointed out that for the first time, a historical injustice is correct in acknowledging the contribution that women have made to the progress of the city. He also explained that these medals reward many “Barcelones”, “because Barcelona is also its 73 neighborhoods, hundreds of associations, thousands of professionals and volunteers and volunteers who work daily to improve the living conditions of others and to To build a model of integrating and cohesive society by strengthening coexistence and building bridges of unity and fraternity between cultures. ”

In this sense, the mayor wanted to emphasize the work of the entities that work for the recognition of the role of women and their rights; those who fight against the loneliness of elderly people, those who support children, people with intellectual disabilities and those who are committed to public education and quality. Colau thanked them for their work, which contributes to making Barcelona a city where no one is left behind, “because you help us to make a city stronger and more committed to peace, freedom, social justice and coexistence. Your example encourages us not to deface and defend what we believe. ” The mayor also valued his great work in difficult times, “having neighbors, associations and entities so committed to the city, makes the difference. Barcelona has courageous citizenship, which defends its coexistence, its rights and its streets. ” 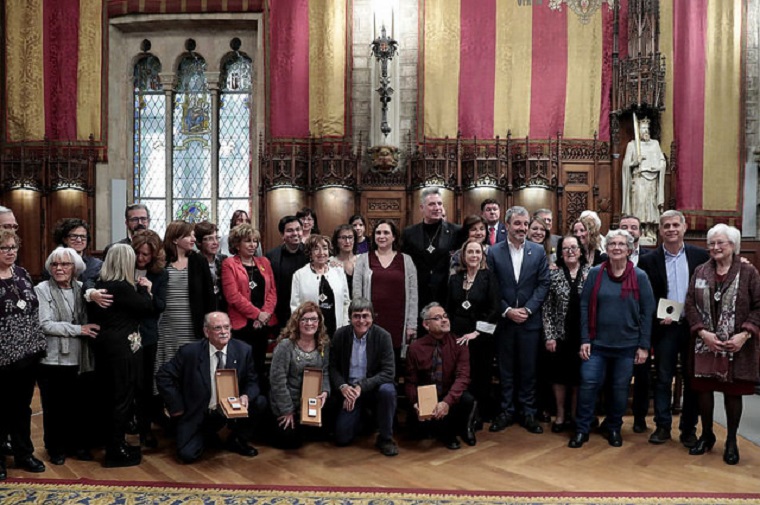