The  second edition #ConcertàsVOZES took place on Saturday November 26 at the Petit Palau of Palau de la Música Catalan, a performance featuring 180 children and teenagers VOZES Project that for more than two hours did enjoy the music from the thrill the audience.

The concert, which was attended by the Minister of Health of the Generalitat of Catalonia, Toni Comin and the Nou Barris district councilor Janet Sanz, allowed 400 attendees enjoyed the Amadeus Orchestra VOZES, which had the pleasure of being conducted by Jordi Mora; Symphony, which performed in duet with the group of rumba Gertrudis; Symphony Children VOZES the recently created; VOZES and the Children’s Choir, which surprised us singing with rap group of RAP & Emi Buscando Fortune 917 of Garage Association from Madrid. The presence of the teacher and founder of VOZES Pablo Gonzalez was standing at the concert, directing the various formations as well as thanking the work for 11 years volunteers and collaborators of the company carrying out the project to reality .

Although tickets for the concert sold out a week before opening doors, was qualified row 0 for all those who wanted to collaborate with children and young Vozes. If you also want to help, there’s not too late. You can purchase your tickets for the row 0 from here: https://www.vozes.org/ca/filera-zero/ 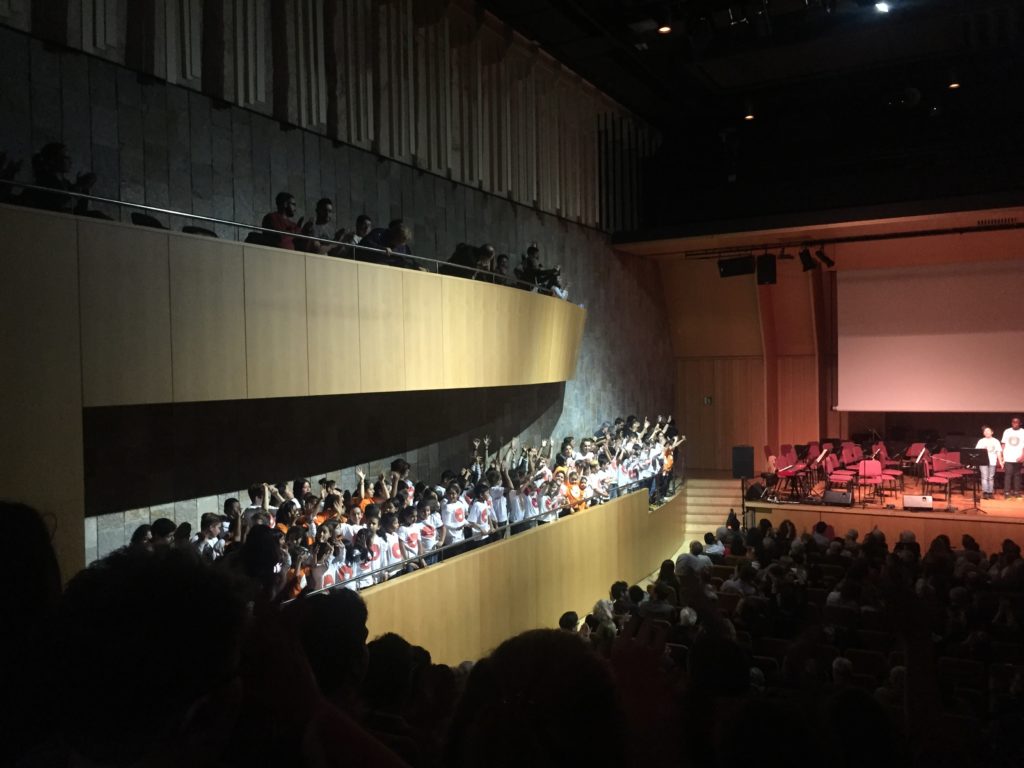 VOZES will participate in the EDUCAPAZ 2018 Congress

VOZES at the “Fes-te Meridiana” Party

VOZES receives the Medal of Honor of Barcelona.

Sopa de Cabra acts with the small musicians of Vozes

Sopa de Cabra will participate to the 3rd ed. from #ConcertàsVOZES Complint Somnis